What does a feminism for the 99% look like? Ask the hotel housekeepers who unionized a Doubletree Hotel owned by Harvard University. These women fought the first female president of Harvard to gain a union for themselves. Directed by Rebecca R Rojer and featuring music by Downtown Boys, this film was produced as a companion piece to the essay “Housekeepers Versus Harvard: Feminism for the Age of Trump” written by Sarah Leonard and published by The Nation. 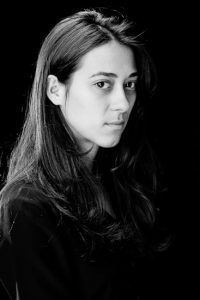 Rebecca R. Rojer is an independent filmmaker and artist based in Kingston, NY. Her nonfiction work has been published by Jacobin, The New Inquiry, and The Nation. Her short film Ashley/Amber premiered at the Berlinale in 2011.